A super-fine solution to sponge up micropollutants 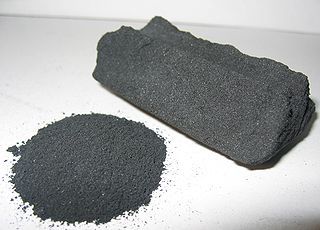 A super-fine form of powdered activated carbon captures micropollutants more rapidly than the conventional kind and could by used in Swiss wastewater treatment plants, say EPFL researchers in a new study. Even at extremely low concentrations, micropollutants – trace amounts of chemical compounds from pharmaceutical or agricultural chemicals – can pose a risk to aquatic ecosystems. One way to reduce the amount released into the environment is by treating wastewater using powdered activated carbon. In the lab, researchers at EPFL have further improved this approach using a super-finely ground variant of the powder, which accelerated micropollutant removal rates by a factor 5 or more. Their study, which could potentially have future applications in Swiss wastewater treatment plants, was published in the journal Water Research last month. Swiss authorities have responded to increased micropollutant concentrations in Swiss lakes and rivers by calling for 100 wastewater treatment plants to be upgraded for enhanced micropollutant removal. Ozone treatment, which chemically transforms the micropollutants, is one approach that has proven to be effective. But when the wastewater contains certain chemicals, such as bromides, new toxic compounds can be generated. Treatment using powdered activated carbon avoids this problem, but is more expensive and requires more energy. In the lab, environmental chemists working with Tamar Kohn have now shown that using super-finely ground powdered activated carbon has the potential to bring down the cost of micropollutant removal. All ten representative micropollutants it was tested on were removed more efficiently, in some cases up to 65 times as fast. Achieving the removal target, which Swiss authorities have set at 80%, would therefore require both less time and less carbon. “As the next step, we will have to test the approach in a pilot study to be sure that it is workable in a full-scale wastewater treatment plant,” says Florence Bonvin, the lead author of the study. Read more here