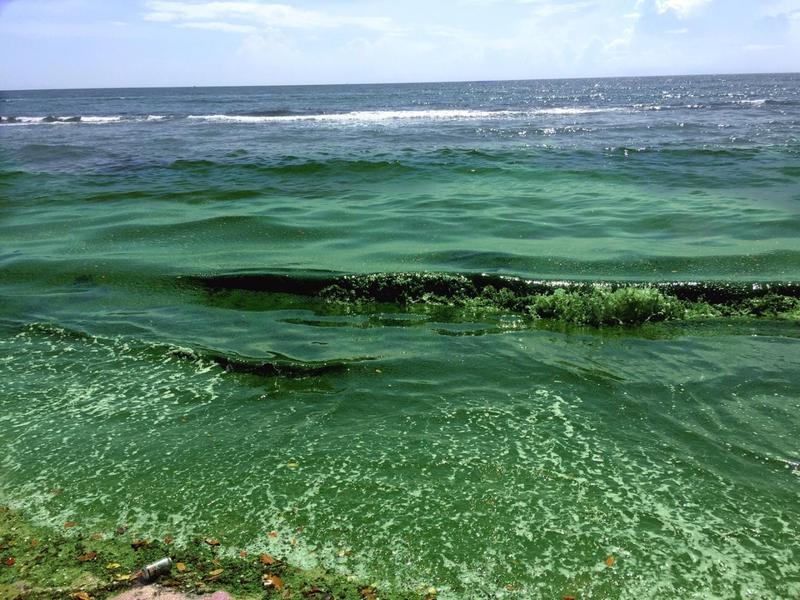 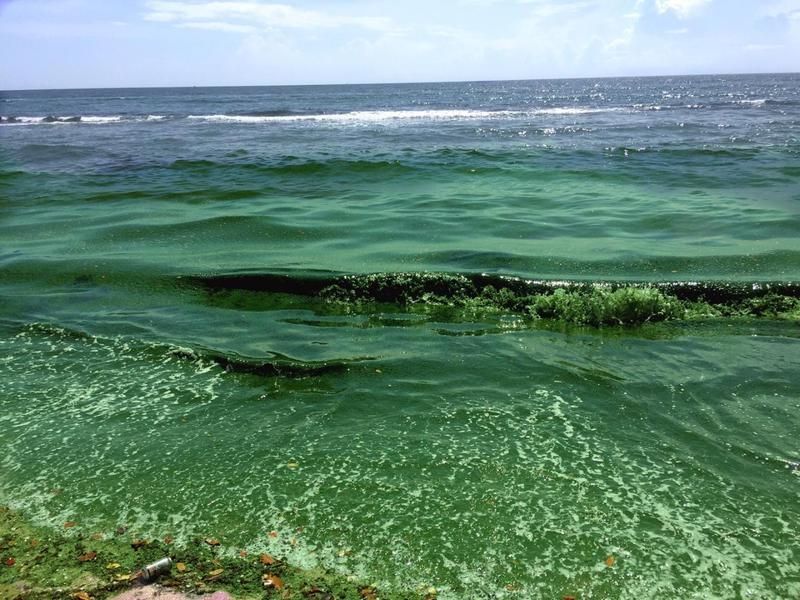 Blue-green algae along the shore of Martin County. Sen. Negron's plan is intended to reduce outflows from Lake Okeechobee, which contribute to the algae's growth. MARTIN COUNTY HEALTH DEPARTMENT

The main goal of Senate Bill 10 is to provide alternatives to discharging phosphorus-heavy water from the lake; those discharges contributed to economically devastating, toxic blue-green algae blooms along Florida’s coasts last summer.

“This is a monumental piece of legislation,” said Everglades Foundation CEO Eric Eikenberg. “The legislature declares that an emergency exists. “They clearly understand the importance of this.”

The $2.4 billion plan has won accolades from environmental groups, including the Everglades Foundation, that pushed hard for southern storage. Supporters say that in addition to reducing the need for discharges, the southern storage will help restore the natural flow of water through the Everglades and rehydrate Florida Bay, which has suffered massive seagrass die-offs because of a lack of fresh water.

But the plan concerns residents of Glades farming communities south of the lake, who say giving up land for water storage would cost them jobs. Many of them expressed their opposition at a meeting of the Senate Appropriations Subcommittee on the Environment and Natural Resources.

The bill does not specify where land would be purchased. If enacted, the South Florida Water Management District would have until the end of 2017 to find willing sellers for the 60,000 acres. If it doesn’t, the state would exercise an option that would most likely result in a purchase of land from U.S. Sugar.

If the U.S. Sugar purchase doesn’t occur, the bill requires an increase in funding to the Comprehensive Everglades Restoration Plan (CERP). Some of that money would eventually go to southern storage, since CERP mandates studies and planning of southern restoration efforts in the Everglades Agricultural Area.

If the bill becomes law, Florida and the federal government would each pay $1.2 billion toward the reservoir plan. Florida’s share would come from money from bonds issued by the state and the Amendment 1 Land Acquisition Trust Fund.