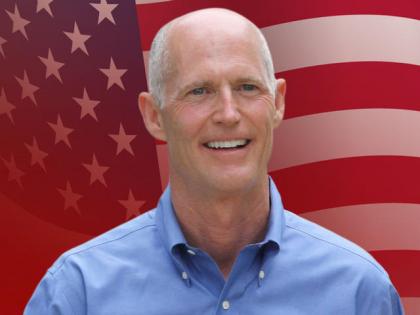 Public clamor for a veto and against Florida Governor Rick Scott's signing, today, of a new "water policy" bill lands in the governor's bubble like a muted, padded sound. Scott doesn't see and he doesn't hear, except through the filter of political ambition

Rick Scott wants to be Florida's next US Senator, after Marco Rubio either becomes the next president of the United States or a highly paid lobbyist and Fox News commentator. Adam Putnam, the current Secretary of Agriculture, wants to be the next Florida governor. Facing massive political uncertainty from court-mandated redistricting, fought at every step by the GOP to protect its iron-clad control of the state legislature, special interests -- especially Big Agriculture -- are pushing like mad for maximum leverage over the state's one indispensable resource: water.

They are motivated by the same set of drivers that helped propel Michigan Gov. Rick Snyder to the governor's office in Michigan in 2010: strip environmental rules and regulations that are enforceable and replace them with lawyerly garbage.

Back in 2010, a report published by the University of Michigan assessed the new governor awaiting inauguration:

"Rick Snyder streamlining regulations for Michigan won't be detrimental to the health and safety of the public or to the environment.

Pro-business groups insist they also want to keep protections in place, but they say the way it is now Michigan's regulatory red tape is hurting the state's ability to compete. Russ Harding is with the Mackinac Center for Public Policy. He recently put out a study entitled "Environmental Regulation in Michigan: A Blueprint for Reform."

"There's hardly a week goes by that I don't get calls from businesses that have given up on Michigan."

If those words sound familiar in Florida, it is because they are exactly the same. The identical words permeate the state legislature, under the influence of major business groups like Associated Industries of Florida and the Florida Farm Bureau and emboldened by right-wing think tanks and foundations funded through the Koch Brothers oligarchy.

And so one of the toxic strands of Florida's new water policy bill is abandoning enforceable regulations against polluters. For decades, environmentalists have struggled to hold the Florida Department of Environmental Protection accountable to tough, numeric standards on pollutants. With a swipe of the pen, Gov. Scott will erase that history. The bill has another toxic strand: allowing big water users to shift water around the state at will. This is a Jeb Bush idea, but Bush held his impulses in check because he was strongly opposed by not just environmentalists, but by municipal and county governments. Those entities may turn a blind eye to environmental protection with one exception: when the security of water supply is put into some others greedy little hands.

To put this in more understandable terms: what replaces environmental regulations once they are eviscerated is the ethic of smash-and-grab robbery. Americans learned this lesson decades ago: when water quality is not nailed down, it disappears.

That is what happened in Flint, Michigan. A governor who didn't believe in the rule of environmental law, from a political party that has relentlessly attacked federal authority for enforcement against water polluters, ends up with an entire city of parents and families -- mostly poor people of color -- bathing in bottled water.

Disgusting. The smash-and-grab tactics of special interests with respect to water policy now point Florida in the same direction.

Voters in the 1970's thought that protecting the environment was so important they approved the bipartisan consensus in Congress that created the most important laws protecting the nation's air and water and the US EPA. Ever since, organized opposition from polluters and exploiters has aimed to undermine those laws, and especially regulations related to enforcement by EPA.

In Michigan, Gov. Rick Snyder is all over television news, "man-ing up" to responsibility for what happened in Flint, Michigan through lead contamination of the city's drinking water supplies. But he and his media team are far from copping to the truth: that a political philosophy opposing strong environmental regulations caused this crisis.

With a pen stroke today, Gov. Rick Scott points Florida to Michigan. But this is a governor who is ignoring evidence of cancer clusters in Florida. The only statistical probability Rick Scott cares about is his chance to be the next US senator from Florida.