Florida May Face Water-supply Strain Over Next 50 Years 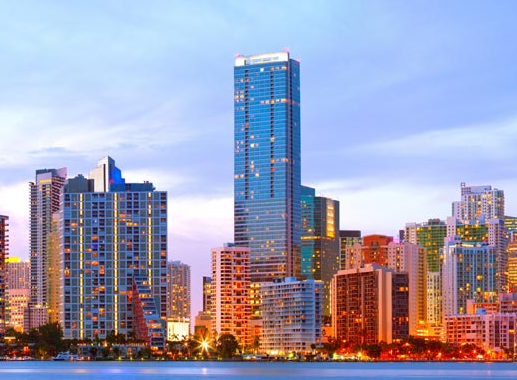 If growing Florida keeps sucking up water, it risks not having enough to meet its needs in the next 50 years, a new study says.

Residents and businesses would have to pay more to turn salt water into drinking water. More farms could disappear. And wetlands like the Everglades, already suffering from decades of draining, would be strained even further. 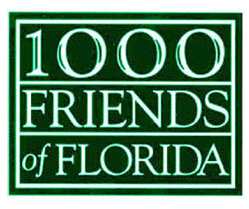 The environmental group 1000 Friends of Florida teamed up with the state's agricultural department and the University of Florida to produce the Water 2070 study.

According to its projections, development-related water use could increase 100 percent — to nearly 7 billion gallons per day — if the state's population boom and current building patterns are left unchecked.

"We don't have the water," said Frank Jackalone, of the Sierra Club. "We will endanger our aquifer by putting more homes on the open spaces we have left."

Landscape irrigation is estimated to account for half of household water use.

To reduce that number, the report calls for taking steps such as not running automated sprinklers if it has rained within 24 hours and landscaping with drought-tolerant plants that don't require as much irrigation.

Charging more for heavy water users is suggested as one way to boost conservation.

Even following the report's recommendations still would lead to a 50 percent increase in development-related water use, according to the projections.

In addition to conservation and efficiency improvements, the report calls for expanding efforts to clean up treated wastewater and use it for irrigation and other needs.

It recommends investing in water-treatment plants that can filter ocean water or tap into deep, underground saltwater supplies that are more costly to turn into drinking water.

"The numbers are very concerning," said Cori Hermle, environmental consultant for the Florida Department of Agriculture and Consumer Services. "We have an array of solutions that are available. ... That will help us."

The water study is a follow-up to recommendations the groups released in September about how to preserve farmland and other open spaces from development as Florida's population grows.

Like the groups' previous evaluation, the Water 2070 report calls for allowing more intense development within or near already urbanized areas and preserving more farmland and natural land.

"We really have to think about how we grow and how we use water," Ryan Smart, 1000 Friends president. "We still have time to address this situation."