Florida Not Immune to Lead in Drinking Water 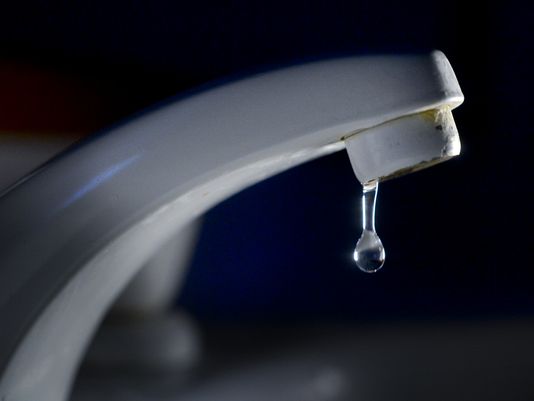 Across the country almost two thousand drinking water systems have failed lead testing since 2012. A USA TODAY Network investigation found harmful levels of lead in homes, schools, and other public buildings Florida has its limestone aquifers to thank for shielding most drinking water from lead contamination off corroding pipes and plumbing fixtures. But the Sunshine State is not immune from lead spikes in drinking water, which can cause brain damage, lower IQ and lead to other disabilities. There’s no safe level of lead exposure for children. And in adults, lead causes hypertension, decreased kidney function and reproductive problems. According to a FLORIDA TODAY analysis of U.S. Environmental Protection data: •Almost 50,000 people in Florida were potentially exposed to unsafe lead levels in drinking water between January 2012 and June 2015. During that time frame, 64 water systems exceeded the federal standard for lead a combined 81 times. These were systems where more than 10 percent of testing samples exceeded 15 parts per billion for lead, the level that triggers water operators to notify the public, take corrective actions such as corrosion control, or to increase monitoring. Of the 81 instances, 19 (23 percent) were in Hillsborough County, 10 (12 percent) were in Polk County and 7 (8.6 percent) in Marion County. The rest were scattered throughout Florida. None popped up in Brevard County, but a few water systems in the county had individual samples spike at as much as 10 times the federal standard. While almost 99 percent of the 1,600 Florida water systems tested annually fall below the federal lead standard, the highest 10 percent of samples can spike several orders of magnitude higher than the federal standard. Some of the worst lead problems can be found in small, old private water systems, mobile home parks, churches, schools and daycare centers. Thousands of Florida children test at blood lead levels above what the Centers for Disease Control and Prevention considers safe. Like elsewhere in the country, Florida’s aging water distribution systems and treatment plants pose uncertain risks of lead leaching off aged pipes. The EPA estimates Florida needs $16.5 billion over the next 20 years to fix aging drinking water infrastructure, $10 billion of that for transmission and distribution infrastructure. The recent exposure of thousands in Flint, Michigan to unsafe lead levels underscores the ticking time bomb of aging infrastructure. While lead-based paint in old housing is considered a significant source of lead exposure, recent research shows the lead burden from drinking water could be higher than previously thought. In Florida, most lead pipes have been removed, but solder used to join together pipes lurks as a potential threat whenever water turns corrosive. “It’s the solder that’s the biggest issue,” said Thomas Waite, an environmental engineer at Florida Institute of Technology. “In a way, there’s almost no way to control this, because everybody’s home is a little different.” Federal rules require water systems test annually, every other year, or every three years, depending on the water system’s previous compliance. And those tests must target the oldest housing at highest risk of lead or copper contamination, taking into account the presence of lead-copper pipes and lead solder. Operators solicit volunteers, whom they rely on to follow water sampling instructions. But testing methods and results can vary wildly, experts say, with tap water turning from healthy to toxic just days later or varying drastically within the same distribution system. Source: Florida Today