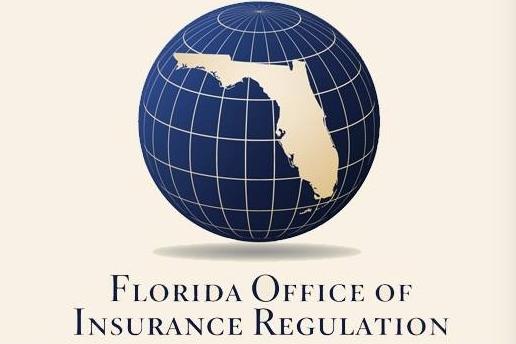 The frequency and severity of water loss claims in Florida have increased every year since 2010, according to data call results from the Florida Office of Insurance Regulation (OIR). During the same period, there has been a 10 percent increase in severity for claims with an assignment of benefits, (AOB) The data call was ordered by OIR last October in response to what some in Florida are calling a troubling trend with AOB claims for water losses. OIR then analyzed the data in an effort to shed light on if the AOB provision is being misused in the state. OIR examined 259,742 water claims – damage that resulted from water pipes bursting, leaks from appliances, etc. – from the top 25 insurers in the state. The reporting insurers, which make up 80.5 percent of the Florida homeowners market, submitted detailed claims information for homeowners (HO3) and dwelling fire (DF) policies in force as of June 30, 2015. The claims were to have closed between Jan. 1, 2010 and Sept. 30, 2015. Insurers were also asked to include summary information by county for closed claims during that same period for all other perils (AOP), excluding hurricane and sinkhole, as well as open claims as of Oct. 1, 2015 for both AOP and water/roof claims. The report said that, based on the analyzed data, the frequency of water loss claims has increased by 46 percent since 2010, equaling an average annual increase in frequency of 8.3 percent each year. The severity of water claims has increased 28 percent since 2010, representing an annual increase of 5.4 percent. OIR’s report states that the combined impact of changes in frequency and severity result in an average increase in water losses of 14.2 percent each year. State-backed Citizens Property Insurance Corp. has claimed that the increase in losses has been especially significant in Southeast Florida, but that it is starting to be felt in other regions as well. OIR’s data backed up this claim, saying Southeast Florida experienced a 43 percent increase in water claim frequency and a 39 percent increase in claim severity. Statewide, claims frequency and severity was not as high but the frequency still increased by double-digits for all regions. Severity increased by double-digits in all regions as well, except for North Central Florida and Northeast Florida, which only saw single-digit increases. “If there were no other perils covered under the policy and no changes in expenses from year to year, an insurer may need to increase its rates by 10 percent or more each year (depending on the insurer’s expenses) just to break even due to the increase in water losses,” OIR said.   Assignment of Benefits Analysis The water loss/AOB issue took center stage last summer when Citizens highlighted what it called a “disturbing” increase in water loss AOB claims. “I want to be crystal clear on this issue: water losses are the major reason Citizens is seeking rate hikes for the coming year, especially in South Florida,” Citizens CEO Barry Gilway said at Citizens’ 2016 Rate Hearing before OIR last summer. Citizens was one of the insurers required to submit data, however OIR did not include their information in the report because Citizens issued its own analysis of its data on Jan. 21. That report concluded, “water loss claims, exacerbated by assignment of benefits, are driving higher rates in South Florida and increasingly across the state.” Insurance and consumer advocate groups say law firms and unscrupulous contractors are taking advantage of the AOB benefit and inflating claims or suing insurers once a benefit has been assigned by the policyholder, often without the insureds’ knowledge. They have urged state lawmakers to address the issue before policyholders pay the price in the form of higher rates. OIR attempted to find a definitive answer to if AOB is the reason for increased costs in its report, but said that very few of the insurers it analyzed were able to consistently track the use of AOBs over the period of the data call. Some insurers were able to provide partial information, including indicating the use of AOBs on certain claims, but were not able to provide a consistent indicator when there was not an AOB present on the claim. As such, OIR only had four companies that were able to provide consistent indicators across all years, and two additional companies provided consistent indicators for the most recent years and were also included in the analysis. OIR analyzed 84,453 water loss AOB claims in total and identified an approximate 10 percent increase in claims severity for those claims using AOB from 2010 to 2015. The claims severity for claims without an AOB only increased 1 percent. OIR also concluded that claims severity for those with AOB have generally been at least 50 percent higher than water claims without an AOB, but said the cause of this cannot be determined from the data call information. “One partial explanation may be that the AOBs could be generally used on the more serious claims,” the report states. “Others might argue that the costs are inflated for claims with an AOB.” The number of claims utilizing AOB by a policyholder has also grown dramatically. According to the report, the percentage of claims with AOB increased from almost 6 percent in 2010 to 16 percent in 2015. As was the case with Citizens, insurers saw the highest increase in the use of AOBs in Southeast Florida compared to other regions; but Central Florida and Southwest Florida actually have a higher percentage of claims with an AOB, the report states. Citizens Chief Risk Officer, John Rollins, said OIR’s data call findings are broadly consistent with Citizens’ findings from its own data. “Like our own review, the new data shows that the frequency of water claims, and in particular water claims with AOBs, has increased dramatically all over Florida; and that unless these trends abate, annual compounding rate increases of at least 10 percent for both private insurers and Citizens are likely,” he said.