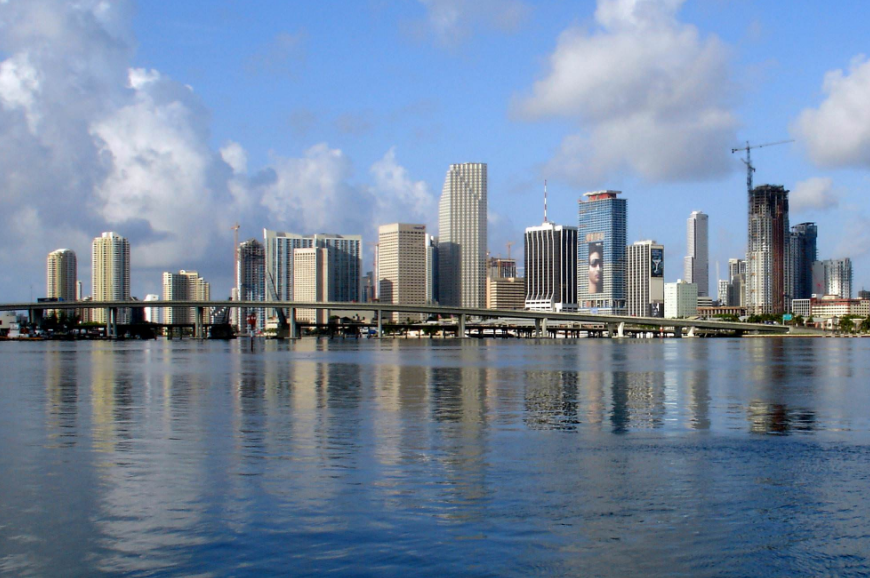 Is Miami in serious trouble? For Bloomberg Businessweek, Christopher Flavelle delves into the delicate balance between Miami's clean drinking water and flooding.

This balance may be disturbed by sea-level rise. Even if the sea rises only a few feet, not only a quarter of Miami's homes will be under water, but the cities drinking water will be contaminated.

Douglas Yoder, a deputy director of the county’s water and sewer department, says: '“We have a very delicate balance in a highly managed system,” he said in his rumbly voice. “That balance is very likely to get upset by sea-level rise.” What nobody knows is when that will happen, or what happens next.

The threats to the Biscayne Aquifer are unfolding simultaneously, but from different directions and at different speeds. In that way, Miami’s predicament is at once unique and typical: Climate change probes a city’s weaknesses much as standing water finds cracks in the foundation of a house.

In 2014 an EPA report warned that “flooding from more intense and frequent storms” could push toxins from Superfund sites into underground water sources like the Biscayne Aquifer.

Miami-Dade has regulations and testing procedures in place to prevent or detect contamination of the aquifer. Asked about the risk, Yoder chooses his words carefully. “I think it’s a fair question to ask,” he says, but adds that the county at least has a history of dealing with those threats, noting its experience with the Miami Drum Services site.