Military to Check for Water Contamination at 38 Sites in Florida 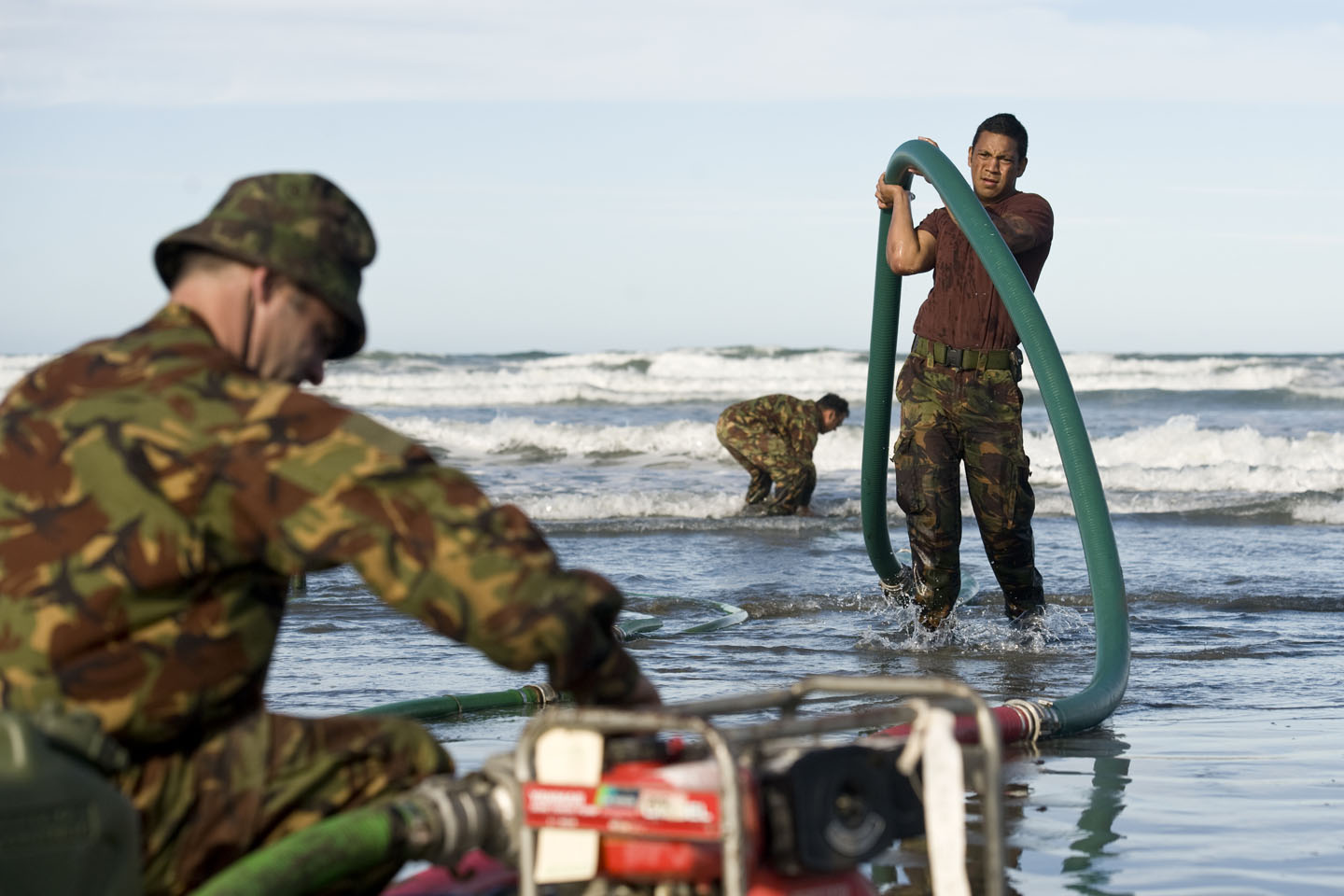 The military is beginning to check whether chemicals from its firefighting foam may have contaminated groundwater at hundreds of sites nationwide, according to the Defense Department The Navy began sampling water at bases in December. At a naval landing field in Virginia, the U.S. Navy is now giving its personnel bottled water and testing wells in the nearby rural area after the discovery of perfluorinated chemicals in drinking water. Several congressmen are raising concerns about the safety of drinking water near two former Navy bases in suburban Philadelphia because of firefighting foam. The foam is used at locations where potentially catastrophic fuel fires can occur because it can rapidly extinguish them. It contains perfluorooctane sulfonate and perfluorooctanoic acid, or PFOS and PFOA, both considered emerging contaminants by the U.S. Environmental Protection Agency. Studies have shown that perfluorinated chemicals may be associated with prostate, kidney and testicular cancer, and other health issues, according to the federal Agency for Toxic Substances and Disease Registry. The EPA issued an advisory that contains concentrations for the chemicals, above which action should be taken to reduce exposure. They are guidelines, and not enforceable regulatory standards. The EPA said in 2009 it was assessing the potential risk from short-term exposure to the chemicals through drinking water. The Defense Department identified 664 of its fire or crash training sites as of the end of fiscal year 2014, and the services have just begun the process of evaluating those sites to assess the risk to groundwater, Lt. Col. Eric D. Badger, a department spokesman, said this week. California has the most, with 85, followed by Texas, with 57, Florida, with 38, and Alaska and South Carolina, each with 26, according to a list provided to the Associated Press. Some states have only one or two, such as Minnesota and Rhode Island. The Defense Department hasn't posted a list of the sites online, and it's too early to know how many sites are contaminated. "Because we are in the early stages of the cleanup process, we do not have the full scope of the extent of perfluorinated chemicals contamination and the actions the department needs to take to address the risks to human health and the environment," Badger said in a statement. The Navy started handing out bottled water in January to about 50 people who work at the Naval Auxiliary Landing Field Fentress in Chesapeake, Va., and it worked with the city to set up a water station for concerned property owners after it found perfluorinated chemicals in the drinking water wells above the concentrations in the EPA advisory. The Navy is testing private wells of nearby property owners. The results are due next week. Chris Evans, of the Virginia Department of Environmental Quality, credited the Navy with being proactive, though said he's concerned anytime there's a potential threat to human health and the environment. Some states have established their own drinking water and groundwater guidelines. Virginia uses the EPA's. "We'll follow EPA's lead as this develops," said Evans, the director of the office of remediation programs. The Navy found perfluorinated chemicals in the groundwater monitoring wells at Naval Weapons Station Earle in Colts Neck, New Jersey, but not in the drinking water supply. Twenty-six other naval sites didn't exceed the concentrations. New Jersey's guideline for the chemicals in drinking water is more conservative than the EPA's, but in this case the groundwater was contaminated. Test results from off-base drinking water wells are expected this month. There's a lot of evolving science around perfluorinated chemicals, said Lawrence Hajna, a spokesman for the state's Department of Environmental Protection. "The more that we hear, the more that we realize that this is a very important health concern," he said. The Defense Department says it's removing stocks of the foam in some cases and also trying to prevent any uncontrolled releases during training exercises, until formulations of firefighting foam without perfluorinated chemicals can be certified for military use. The Navy is also expecting test results from a site in Cutler, Maine, where a former fire training area was located, this month. Source: Tampa Bay Times