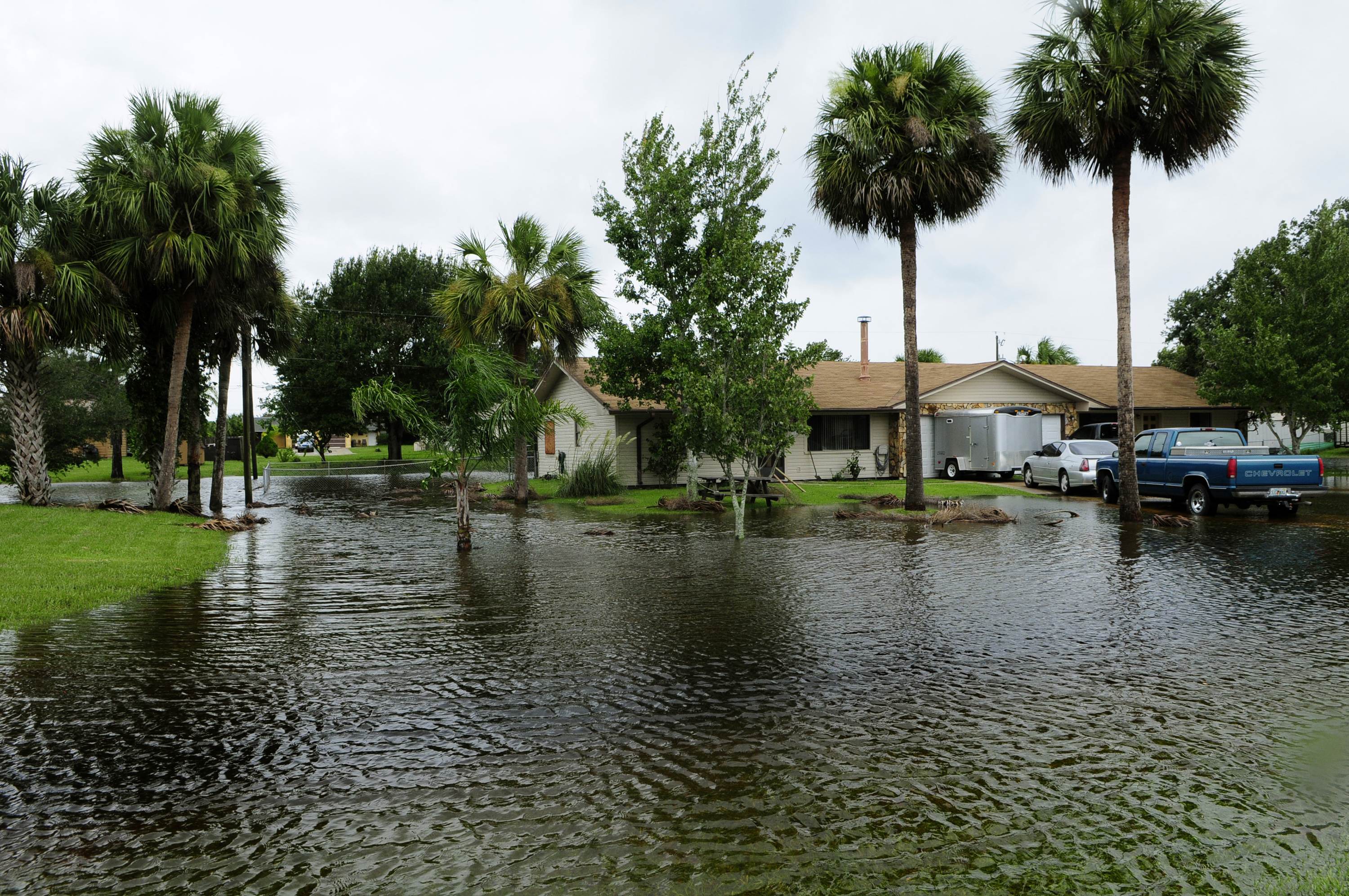 As South Florida raises groundwater levels to fight salt water intrusion, the threat of flooding from within will only increase, according to FIU research. Community flooding in Florida, source: Wikimedia Commons. Barry Bahler Current groundwater levels in South Florida are a major contributor to inland flood damages, especially during the wet season or extreme rain events. Traditional flood models account for drainage systems, rivers, streams and canals but do not account for the groundwater beneath our feet. FIU hydrologist Michael Sukop has released a model that focuses on South Florida’s groundwater as a cause of flooding. “Many current flood models treat the land as an impermeable surface when, in fact, South Florida’s land surface is highly permeable and the water table is very close to the surface,” said Sukop, a professor in FIU’s Department of Earth and Environment. “Our model offers a different way of understanding and addressing the flooding problem. When it rains hard enough, or when tides are high, the water table can come all the way to the surface and cause flooding.”   South Florida protects its drinking water sources from saltwater intrusion by keeping groundwater levels higher than they would be otherwise. As sea levels rise, groundwater levels may need to be raised by elevating canal levels, which could cause more flooding. It’s a trade-off water resource managers need to deal with as they try to control floods, while ensuring water supplies for consumption and maintaining the integrity of the environment. Sukop, along with Jeffrey Czajkowski from the University of Pennsylvania and researchers from nine other universities and government agencies, collaborated on two studies that assessed the flooding risks posed by groundwater, including the economic costs. “Our analysis reveals the historical relationships between flood insurance claims and groundwater levels in Miami-Dade County,” said Jeffrey Czajkowski, managing director of the Wharton Risk Management and Decision Processes Center. “Therefore, we are able to quantify the economic trade-offs associated with simultaneously meeting both the flood control and freshwater demands of the urban sector, information we expect to be useful in urban planning and water resource forums in South Florida where new strategies for managing the region’s water resources are being sought.” Sukop examined groundwater levels in parts of northeast Miami-Dade County. Looking at data from the past 40 years, he found groundwater levels are rising at the rate of local sea level. Parts of North Miami and nearby unincorporated areas could see a doubling in the number of damaging floods and a tripling in the number of severe floods by 2060 due to sea level rise, Sukop said. The research published this month in Science of the Total Environment is a collaboration of the Sea Level Solutions Center in FIU’s Institute of Water and Environment and other researchers. It was supported by a grant from the National Science Foundation (NSF). Abstract of Paper titled 'High temporal resolution modeling of the impact of rain, tides, and sea level rise on water table flooding in the Arch Creek basin, Miami-Dade County Florida USA' on Science Direct Read full article: FIU News