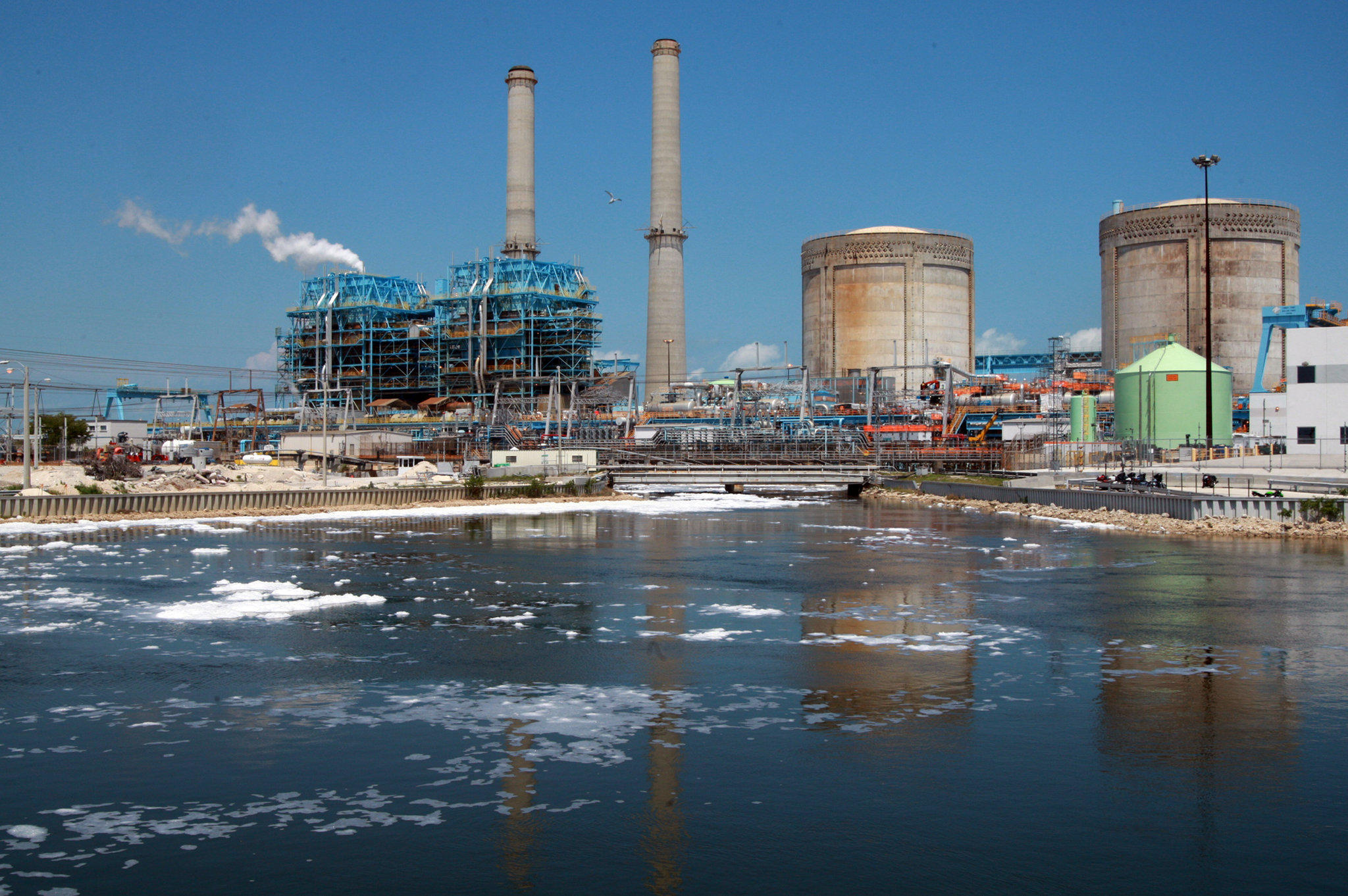 When Florida’s largest power company added two nuclear reactors to an existing plant that sat between two national parks the decision raised the concerns of environmentalists and some government officials about the possible effects on water quality and marine life Now more than four decades later, Florida Power & Light’s reactors at Turkey Point, built to satisfy the power needs of a booming Miami, are facing their greatest crisis. A recent study commissioned by the county concluded that Turkey Point’s old cooling canal system was leaking polluted water into Biscayne Bay. This has raised alarm among county officials and environmentalists that the plant, which sits on the coastline, is polluting the bay’s surface waters and its fragile ecosystem. In the past two years, bay waters near the plant have had a large saltwater plume that is slowly moving toward wells several miles away that supply drinking water to millions of residents in Miami and the Florida Keys. Samples of the water at various depths and sites around the power plant showed elevated levels of salt, ammonia, phosphorous and tritium, a radioactive isotope that is found in nature but also frequently associated with nuclear power plants. The tritium, which was found in doses far too low to harm people, serves as a marker for scientists, enabling them to track the flow of canal water out from under the plant and into the bay. The tritium levels in December and January were much higher than they should be in ocean water. Environmentalists, who have waged a longtime battle over water quality with the power company, among the largest in the country, said Tuesday that they planned to sue Florida Power & Light in 60 days for violating the federal Clean Water Act unless it addressed the problem. The company has faced criticism and scrutiny from a judge and Miami-Dade County officials who said it was slow to react to the changes in water quality after the company overhauled Turkey Point in 2013 to increase its energy output. The plant, whose canals are filled with extremely hot water, was built on Florida limestone, which is highly porous. “We now know exactly where the pollution is coming from, and we have a tracer that shows it’s in the national park,” said Laura Reynolds, an environmental consultant who is working with the Tropical Audubon Society and the Southern Alliance for Clean Energy, which intend to file the lawsuit. “We are worried about the marine life there and the future of Biscayne Bay.” At a news conference on Tuesday, José Javier Rodríguez, a Democratic member of the Florida House, called on the federal government to intervene. He said state regulators had failed to adequately enforce the law and had shied from forcing the politically influential energy company to address a problem it had long ignored. The power company has not been cited for any violation by the state. “What’s happening at Turkey Point is a real danger to us, to our water supply,” Mr. Rodríguez said. “The fact that there is salt being dumped into the aquifer and the fact that there are contaminants in Biscayne Bay really should have sounded an alarm. But as of yet, we’re still waiting for state regulators to step up.” Dee Ann Miller, a spokeswoman for the Florida Department of Environmental Protection, said the agency had acted to ensure that the power company reduce the salinity levels in the canal system, including issuing an administrative order. Robert L. Gould, a spokesman for Florida Power & Light, said the company had been working under a consent decree with Miami-Dade County since October to address the high salinity in its canals. Salinity levels have been cut in half from their high point, he said. He attributed the high salinity levels and the algae bloom to drought conditions in 2013 and 2014, which drastically increased water temperatures in the canals, not to the overhaul of the plant’s two nuclear reactors. The company is also moving to address the spikes in nutrients, tritium and ammonia, Mr. Gould said, although he added that ammonia was not a byproduct of nuclear plants. He emphasized that the trace levels of tritium were far below the danger levels set by the Environmental Protection Agency for drinking water. The company has been in contact with the federal agency, he said. None of these problems, Mr. Gould said, are threatening the state’s drinking water supply or even the bay’s health. The problem is mostly in areas right near the plant, he added. The closest the saltwater plume is to the water wells is about four miles away. “I really need to stress that there is no safety risk: There is no risk to the bay or to the drinking water,” Mr. Gould said. “The way it’s been portrayed by some is simply unfair. It’s extremely misleading.” But last month, a Florida administrative judge, Bram Canter, chastised the state and Florida Power & Light, finding that the cooling canal system is “the major contributing cause” for the growth of the large underground saltwater plume and for its westerly move toward the drinking water well fields. He ordered the state and the company to clean up the cooling canals, which it had started to do under an October consent decree with the county. The Biscayne Aquifer, the judge noted in his ruling, is an “important natural resource.” It is the main source of drinking water in the county and is vital to irrigation and the marsh wetland communities, he added. Judge Canter made his ruling after a Florida rock mining company sued the company over the saltwater plume. Source: NY Times