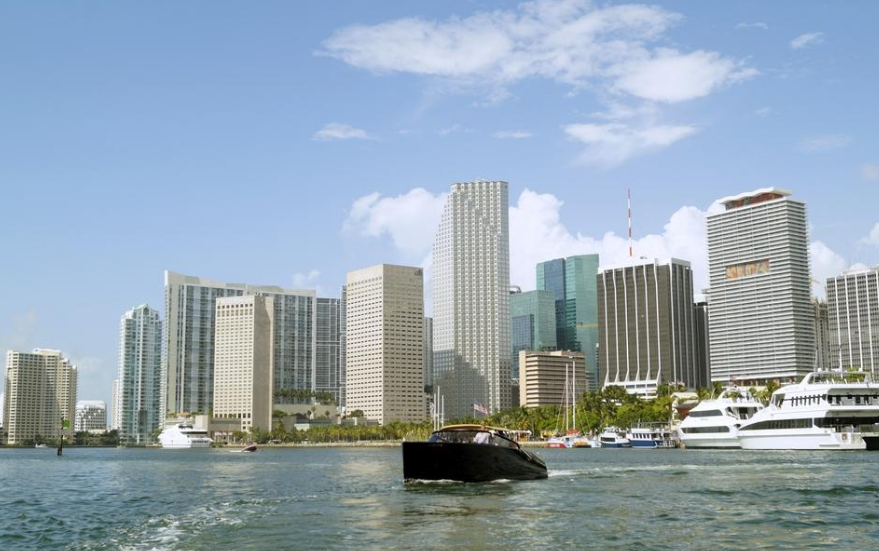 Sea-level rise "is not a science issue. It is a real estate, finance and built-environment issue," said John Englander, a Boca Raton-based oceanographer and author. The sea is rising, and it can’t be stopped.” “Climate change is a hoax.” “It is the end of Florida as we know it.” “Buyers don’t care about something that might happen 60 years from now.” That, in three dozen words, sums up the divergent beliefs in what could turn out to be the biggest real estate story in Florida since Ponce de Leon discovered the peninsula in 1513. Bigger than the 1920s boom. Bigger than the 2007 bust. Bigger than the 1862 Homestead Act. The planet’s ice has melted before — even the skeptics will stipulate to that — and it will do so again, scientists say. The atmosphere will get warmer, which may or may not be caused by the burning of fossil fuels by humans. So, the questions become, when will the sea rise, by how much, and what will it mean for a Florida economy that is built around the waterfront dream? And, most importantly, what should we do about it? No less an organization that the American Institute of Architects’ Florida-Caribbean chapter has adopted a policy that its members should plan for 3 feet of sea level rise by the end of the century. Many scientists believe the 3-foot estimate is inadequate; the rise could be 6 feet or more. Besides raising infrastructure, installing pumps in storm sewers and elevating buildings (steps for which the architects would play critical roles), the simple answer for the state’s homeowners, should the sea rise appreciably in this or the next century, would be to evacuate the coasts. Property along the Lake Wales Ridge, in Highlands, Polk and Lake counties, could rise in value, as elevations of 150 to 250 feet above sea level are common there. Clermont soars to 305 feet. Sarasota’s average elevation — and it is the highest coastal city in southern Florida — is 16 feet. Venice and North Port are at 9.8, Bradenton and Punta Gorda 5.9, Naples and Holmes Beach 2.95. Sea-level rise believers, such as Englander and Ringling College futurist-in-residence Dr. David Houle, say Sarasota could become an island — and one whose fabled beaches will be underwater by 2040. “Sea-level rise is already baked in,” Houle said. “The question is how much, and by when? “We need to be thinking about, what does it mean to live in the post-beach economy?” Opportunities In flat, low-lying Florida, “for each foot of sea level rise, the shoreline moves inland 300 feet,” Englander told the AIA-Florida last summer. “The beach doesn’t matter. One foot could be a mile inland on tidal rivers.” Reducing carbon emissions, while perhaps admirable and necessary, Englander said, is not the solution. “Less carbon is good, but it will not stop sea-level rise. If the world never burned another lump of coal, we will still have SLR. The heat is in the system.” But there is no need for panic, Englander is quick to add: Sea-level rise presents opportunities for innovation and even profit. “With this crisis, there is an opportunity. This is not going to whack us tomorrow. We have time to plan and adapt if we stop fooling ourselves. We have to plan for it with the right criteria,” he told the AIA, even if the benefit might not be evident for decades. “Let’s do intelligent adaptation. Let’s say, if you can see the big picture, know that it is going to be 3 feet or more higher. Let’s start planning for it, but not panic,” Englander said. “That is counter-intuitive because we tend to be prepared for the disaster tomorrow, and this one is not the kind of thing we usually plan for. It is like planning for our retirement; we need to do it incrementally and as we go along.” There will be “huge fortunes made helping people relocate, helping people elevate, helping new designs,” Englander said. It could be a growth industry rather than just a drain, relying on no tax dollars, he said. But in the interim, sea-level rise, and the bad publicity surrounding it, could cause waterfront property values to fall and people to move away from the coasts. That may not seem like a bad thing to some, but the fallout for local and state governments, with less property tax revenue to pay for services, could be disastrous. “There are going to be some places we eventually need to abandon,” Englander told the Herald-Tribune in an interview. “But this is slow enough that it doesn’t need to be catastrophic. “The longer we delay and deny, the worse it will be. Sea level is going to be higher, and Miami and Sarasota, sometime in the next two centuries, aren’t going to be the cities we know now. There may be parts that have been elevated. There may be some floating parts. We don’t know that yet. But until we tackle the problem, it is like saying, ‘Let’s go to the gym, let’s eat well, take vitamins and take care of our bodies.’ We kind of need to do that with the land; we just never thought it was at risk before.” Source: Gainesville