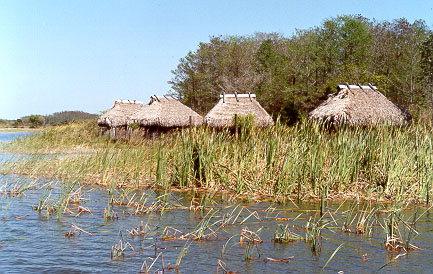 A Florida administrative law judge has dismissed the Seminole Tribe's petition against a new water rule, but the larger legal battle might be far from over, clean water advocates say.

Administrative Law Judge Bram Canter ruled Tuesday that the Seminole Tribe and three other petitioners against Florida's new water toxin rules did not meet the deadline for challenging the rule.

Lawyers for the Seminole Tribe, Martin County, the city of Miami and the Florida Pulp and Paper Association had argued during a Sept. 7 hearing that Florida rushed through new, complex criteria for more than 80 water toxins without properly notifying the public.

But the Florida Department of Environmental Protection's lawyers said the legal challenge to the new water criteria should be dismissed because the Seminoles and other petitioners missed the deadline for petitioning for an administrative hearing on the new rules.

Only two minutes made the difference. The deadline to petition the new water toxin rule was 5 p.m. Aug. 5, DEP lawyers said, 10 days after the Environmental Regulation Commission passed the rule during a July 26 hearing.

But the Seminole Tribe’s petition was filed electronically with the Division of Administrative Hearings at 5:02 p.m. Aug. 5, the 10th day following the ERC hearing. Under state administrative rules, any document received by the agency clerk after 5 p.m. is considered filed as of 8 a.m. on the next regular business day. So, the official time of filing for the Seminole Tribe’s petition wound up being 8 a.m. on Aug. 8, three days late.

The Seminole Tribe filed its petition Aug. 8, with the city of Miami and others joining later.

But the tribe argues that DEP filed a "notice of change/withdraw" entitled a "correction" on Aug. 4 that made significant changes to the rule, which should have extended the deadline.

Amy Taylor Petrick, the West Palm Beach attorney representing the Seminole Tribe, had argued that DEP's public notices were incomprehensible and that the agency is trying to "close the door before it ever reasonably opened" for the tribe's rule challenge.

The Seminoles argue that the new rule would harm tribe members because it fails to protect human consumption at subsistence level for those who exercise their traditional fishing, hunting, trapping and frogging rights.

The challengers also argued that DEPs public notices were written in ways to obfuscate the consequences of the new water toxin criteria.

But Canter disagreed. The petitioners knew DEP was changing the new water rules, he said in his order: "Workshops and a public hearing were held on the proposed rules," Canter wrote.

"The procedural errors alleged by Petitioners are matters that must be raised in a timely petition," he added.  "It is concluded that the alleged errors do not establish a basis for excusing an untimely rule challenge petition."

On July 26, by a 3-2 vote, the state's Environmental Regulation Commission signed off on the new water quality standards for more than 80 toxic chemicals, including benzene, a cancer-causing petroleum byproduct used in hydraulic fracking.