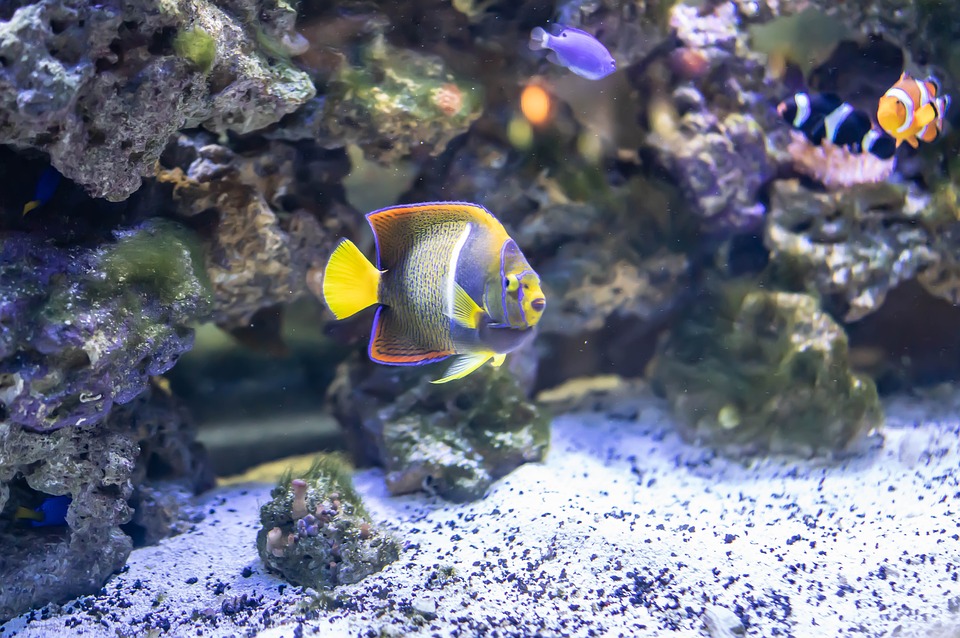 New report finds coral reef barriers provide flood protection for more than 18,000 people and $1.8 billion worth of coastal buildings, infrastructure, and economic activity yearly. By Paul Laustsen, USGS Every year, coral reef barriers provide flood protection to more than 18,000 coastal citizens and $1.8 billion worth of coastal infrastructure in the United States and its trust territories, according to a new in-depth study led by the U.S. Geological Survey in cooperation with UC Santa Cruz and the Nature Conservancy. The study, funded in part by the U.S. Department of the Interior’s Office of Insular Affairs , will help managers take effective actions to reduce the risk of flooding and other hazards and increase the resiliency of coastal communities on the U.S. mainland and islands. “We provide clear values of risk and reef benefit to inform key decisions in flood hazard mitigation, storm recovery spending, and coral reef management,” said coauthor Michael Beck, research professor of ocean sciences at UC Santa Cruz. Coral reefs are coastal barriers that can substantially reduce coastal flooding and erosion by reducing the energy of waves as they wash ashore. “Our goal in this study was to provide sound science to identify where, when, and how U.S. coral reefs provide the most significant coastal flood reduction benefits to ultimately save dollars and protect lives,” said first author Curt Storlazzi, a USGS research geologist. The researchers analyzed flood risk and assessed reef benefits for the populated U.S. reef-lined coasts of Hawaii, Florida, American Samoa, Guam, the Commonwealth of the Northern Mariana Islands, Puerto Rico, and the U.S. Virgin Islands. It is the first time that scientists have combined real-world computer models of storms and waves with engineering, ecological, mapping, and social and economic tools to create detailed, rigorous estimates of the value of coral reef defenses along U.S. mainland and insular area coastlines both in the long-term (annualized) and for more infrequent events such as 50- or 100-year storms. Localized threats forecast The study models can forecast localized threats to people and economic damage in areas with and without coral reefs at a 10-square-meter (108-square-feet) resolution along more than 3,100 kilometers (1,920 miles) of populated U.S. coral reef-lined shoreline. “This approach represents a massive advance in the precision and resolution of flood risk assessment for ecosystems and in coral reef-lined areas, and is an approach that can be applied to other ecosystems, such as coastal vegetation,” said coauthor Borja Reguero , a research scientist at UC Santa Cruz. “In addition, the modeling infrastructure can be used to assess the impacts of future changes in storms or sea level.” The value of coastal flood risk reduction provided by coral reefs varies from location to location, primarily because of population density and the elevation of coastal areas. For example, coral reefs shield more than 3,300 people on Maui each year but just over 100 on Guam, where most housing and infrastructure is located at higher elevations because of the nearly constant threat of typhoons. Coral reefs annually protect $183 million worth of buildings and economic activity in Puerto Rico, $675 million in Florida, and $836 million in Hawaii. Map showing 100-year flood areas (with a 1 percent chance of a very large flood in any given year) on the coast of Maui, Hawaii. Blue areas denote the areas that would flood during a 100-year storm; the red areas denote the regions that would flood without the presence of coral reefs (marked in gray) and thus are protected by coral reefs. (Source: USGS)These data, said Storlazzi, indicate that in the event of a 50-year storm (which has a 2 percent chance of occurring in any given year), the economic and protective benefits of coral reefs are even greater. In such a storm, for example, coral reefs off the heavily urbanized coast of Miami-Ft. Lauderdale, Florida, would provide more than $1.6 billion in protection, and off the coast of Honolulu, Hawaii, they would provide more than $435 million in protection. The study also calculates how much critical infrastructure--such as hospitals, fire stations, roads, and power plants--coral reefs protect from coastal flooding. “Information at this fine resolution is critical to coastal managers and planners working on flood mitigation, coastal defense, transportation, and hurricane response and recovery from the local to national scales,” said James Reilly, director of the USGS. The new report, titled “ Rigorously Valuing the Role of U.S. Coral Reefs in Coastal Hazard Risk Reduction ,” was conducted by scientists with the USGS, UC Santa Cruz, Nature Conservancy, and Deltares. It was funded by the U.S. Geological Survey and the U.S. Department of the Interior’s Office of Insular Affairs. “Our Office was glad to collaborate with the USGS and leverage funds available through the Coral Reef and Natural Resources Initiative,” said Doug Domenech , U.S. Department of the Interior’s assistant secretary for insular and international affairs. “This highlights the important role that coral reefs play not only for coastal communities in the U.S. mainland but also in the U.S. insular areas. These research results will be of great interest to the U.S. Coral Reef Task Force, a body tasked to lead U.S. efforts on coral reef ecosystems, and that the U.S. Department of the Interior and the U.S. Department of Commerce chair jointly.” Reference:  Storlazzi, C.​D., Reguero, B.​G., Cole, A.D., ​Lowe, E., Shope,​ J.B., Gibbs, A.​E., Nickel, B.A.​, McCall, R.T., ​van Dongeren, A.​R., and Beck, M.​W., 2019, ​Rigorously ​valuing the ​role of U.S. ​coral reefs in ​coastal hazard ​risk reduction: ​U.S. Geological ​Survey Open-​File Report ​2019–1027,​ 42 p., ​ DOI: ​10.3133/ofr20191027 DOWNLOAD THE FULL REPORT ON THE WATER NETWORK Source: USGS