What Will Florida (And its Water Supply) Look Like in 2070? 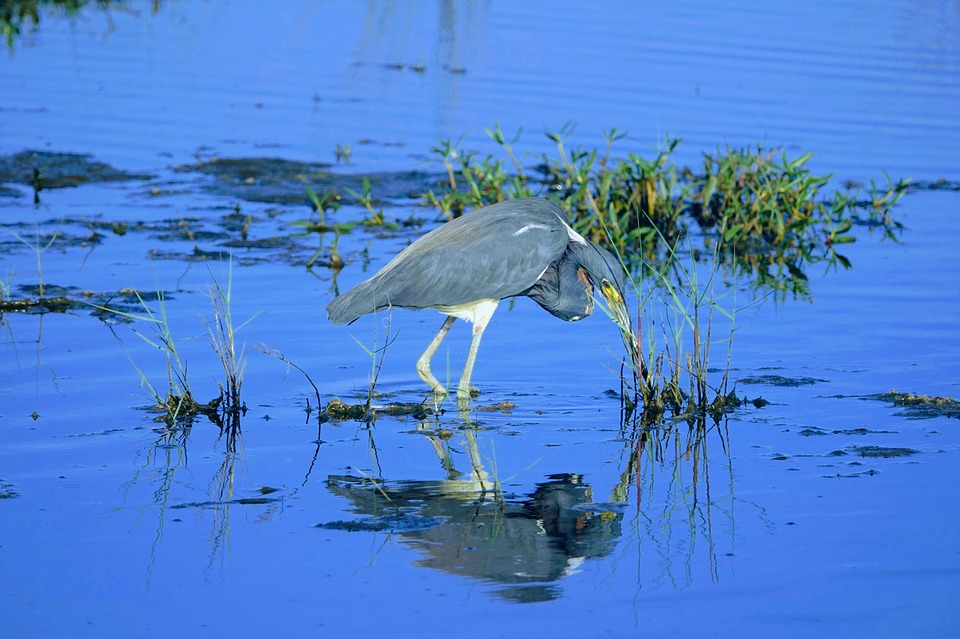 The Florida of 2070 is at a crossroads today. That’s the conclusion of two reports released late last year by 1000 Friends of Florida, the University of Florida’s GeoPlan Center and the state’s Department of Agriculture. 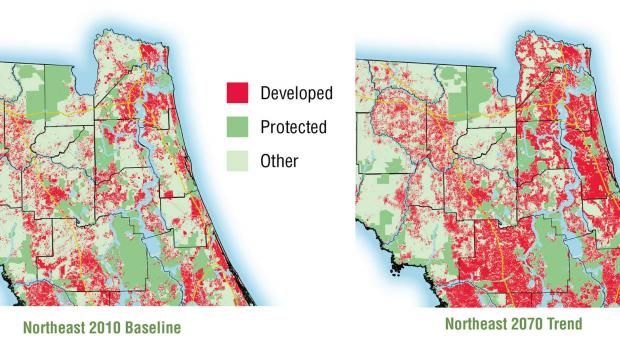 With the state’s population expected to swell to 33.7 million by 2070, almost 15 million more than identified in the 2010 Census, researchers teamed up to look at growth trends and sprawl.

One report, Florida 2070, says if development continues on its current path, more than a third of the state will be paved over by 2070. That means millions of acres of agricultural and natural lands will be lost, to say nothing of the jobs, natural resources and quality-of-life indicators tied to them.

Another report, Water 2070, says almost 15 million new Floridians will overburden an already fragile water supply, with water use projected to more than double by 2070.

The reports aren’t just doom and gloom, however. Both include an Alternative 2070 scenario that demonstrates the difference more compact development patterns, conservation lands and “modest” water conservation efforts can make.

But the alternative scenario also assumes all lands currently on the Florida Forever and Greenways Priorities 1 and 2 lists, close to half of the state’s land, are actually protected from development. The current Florida Forever Priority List includes more than 158,000 acres within the Climate Change Lands Projects category, but the state Legislature provided no funding to the program in its 2017 session toward the acquisition of such lands.

The bottom line drawn by the Florida 2070 report is that the state’s lands and waters are finite and that the long-term viability of its resources depend on a shift in current trends sooner than later.

The statewide 2070 trend map covers much of the state red with development, except for some sizable portions of the Panhandle and in the Everglades, as well as patches scattered in Central Florida. Even the alternative 2070 model looks like the state has a bad case of chicken pox, albeit with some larger swaths of protected lands in between those clusters.

In terms of water, the statewide 2070 trend shows heavy use throughout Central Florida and along most of the southeastern coast of the state as well as around Lake Okeechobee. There are other pockets of heavy use in and around Jacksonville and in the Fort Myers-Naples area. The alternative 2070 model shows roughly the same pattern but with notably less intensity, especially in Central Florida and around Jacksonville. However, most of South Florida other than the Everglades is still colored a dark red, which isn’t good.

Each region of the state faces its own set of challenges.

For instance, the Florida 2070 project found roughly a third more of Northeast Florida lands will be developed under either 2070 scenario.

“This is due mostly to current sprawling development patterns coupled with almost a two-fold increase in population in the region,” a summary of the findings says.