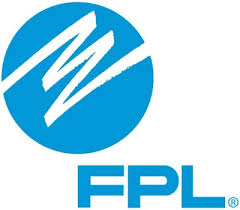 Florida Power & Light Company is the third-largest electric utility in the United States, serving approximately 4.8 million customer accounts across nearly half of the state of Florida. FPL's typical 1,000-kWh residential customer bill is approximately 30 percent lower than the latest national average and, in 2014, was the lowest in Florida among reporting utilities for the fifth year in a row. FPL's service reliability is better than 99.98 percent, and its highly fuel-efficient power plant fleet is one of the cleanest among all utilities nationwide. The company was recognized in 2015 as one of the most trusted U.S. electric utilities by Market Strategies International. A leading Florida employer with approximately 8,700 employees, FPL is a subsidiary of Juno Beach, Fla.-based NextEra Energy, Inc. (NYSE: NEE), a clean energy company widely recognized for its efforts in sustainability, ethics and diversity, including being ranked in the top 10 worldwide for innovativeness and community responsibility as part of Fortune's 2015 list of "World's Most Admired Companies." NextEra Energy is also the parent company of NextEra Energy Resources, LLC, which, together with its affiliated entities, is the world's largest generator of renewable energy from the wind and sun.