Florida and Georgia Fight Over Water 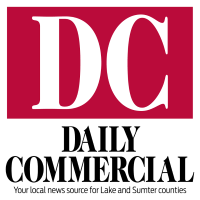 Florida claims that Atlanta and southwest Georgia farmers are using too much water and are hurting the oyster industry downstream. Georgia argues that limiting its water use will harm the economy. 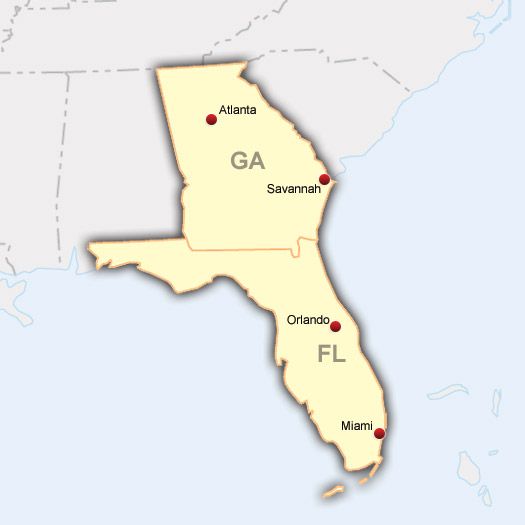 Florida and Georgia this week are taking their long-standing fight over the supply of water in their shared watershed to court. Arguments are expected to last for weeks, and the result could affect millions of people and major industries in both states.

The dispute centers on the Apalachicola-Chattahoochee-Flint River Basin. The watershed drains nearly 20,000 square miles in western Georgia, eastern Alabama and the Florida Panhandle.

Florida claims that Atlanta and southwest Georgia farmers are using too much water and are hurting the oyster industry downstream. Georgia argues that limiting its water use will harm the economy.

The proceeding began Monday before an official appointed by the U.S. Supreme Court.

The dispute focuses on the Apalachicola-Chattahoochee-Flint River Basin, which drains nearly 20,000 square miles in western Georgia, eastern Alabama and the Florida Panhandle. The Chattahoochee and Flint rivers meet at the Georgia-Florida border to form the Apalachicola, which flows into the bay and the Gulf of Mexico beyond.

The states cite dramatically different reasons for the lower flows of water across the border from Georgia to Florida.

Florida says water use has risen sharply in the booming metropolitan Atlanta area and in southwest Georgia's agricultural industry, harming the environment and downstream industries, including oyster fishing.

Georgia's lawyers say the state's water use isn't to blame for lower flows into Florida's Apalachicola Bay, and that limiting its use of the Chattahoochee and Flint rivers will jeopardize Georgia's economy.

WHAT DOES FLORIDA WANT?

Florida is asking for a cap on Georgia's water use, with added restrictions during drought. Attorneys plan to argue that Georgia is to blame for lower river flows crossing the border to Florida, harming the environment and causing a collapse of the oyster fishing industry. Florida says that conservation measures in Atlanta and elsewhere will help downstream areas without affecting the city's growth.

WHAT DOES GEORGIA WANT?

Georgia wants Florida's request for a cap denied. The state argues that Florida can't prove Georgia is to blame for downstream issues. Among other things, Georgia faults Florida's management of oyster fishing.

WHO MAKES THE FINAL DECISION?

The case went directly to the U.S. Supreme Court. Since the justices don't have the time to review hours of testimony and reams of evidence, they appoint a "special master" to do it.

Ralph Lancaster, the official hearing the case from his home state of Maine, has repeatedly urged the states to sit down and find a settlement. On a conference call this month, he again warned attorneys on both sides that a ruling will make at least one "and perhaps both" states unhappy.

After both sides present their evidence and arguments, Lancaster will make a recommendation to the Supreme Court. The justices then review his findings and any rebuttals by the states before issuing a final decision. That process can take months, pushing the case into 2017.

Sidney Ansbacher, a Florida attorney specializing in environmental law, says "the future of the region" will be affected.

If Florida's request for a cap is granted, it could be "catastrophic" for metro Atlanta and Georgia industries, he said. Without a cap, Florida's shellfish industry dependent on fresh water flowing from the Apalachicola river into the bay may disappear, Ansbacher said.

"It's a zero-sum game," Ansbacher said.

Ryan Rowberry, an associate law professor at Georgia State University, called economics "the biggest driver" of the litigation. In Florida, oyster fishing and other industries depend on the waterways. Georgia's attorneys say a cap would affect industries that contribute almost $18 billion annually to the state's economy, including peanut, cotton and corn farming.

Environmental groups in both states also are concerned about the trees, fish and other species that could be affected.

Gil Rogers, director of the Southern Environmental Law Center in Alabama and Georgia, said his organization and others want to make sure the overall health of the massive river system is considered — not just the economic effects in each state.

COULD THIS CASE RESOLVE THE LONG DISPUTE OVER WATER?

If the Supreme Court ultimately rules, Rowberry and others expect continuing legal disputes. Court decisions, Rogers said, aren't flexible enough to deal with all the factors affecting water supply in the region like climate change or shifts in rain patterns. And if one state isn't satisfied with the other's actions, resolution can only come from a court.

Rowberry said the two states still can try to come up with an agreement about water use. A contract could be designed to last decades and allow for mediation if one state "doesn't hold up their end of the deal," he said. But so far, neither state has been willing.

Alabama also indicated in recent court documents that it could file its own suit against Georgia in the future. The eastern part of the state uses the watershed, and Alabama sided with Florida in a friend of the court filing, encouraging a cap on Georgia's use.